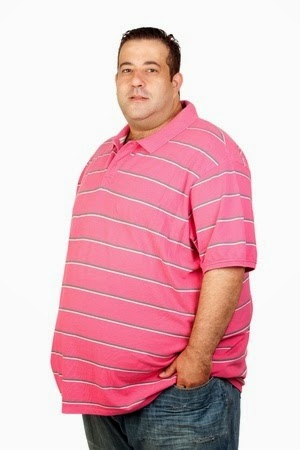 Allie pushed the cart down the aisle, as Noah trudged along behind her. She stopped in front of a pastry display.
"What do you think we should get?" she asked him, his face already aglow with glee.
Before he could answer, the old lady's voice broke into their bubble of happy contemplation.
"Lard-ass needs to eat a carrot."
It was louder than a whisper, and although not specifically directed at them, it was clearly audible. It echoed in Allie's head.
Noah turned around with angry tears in his eyes and spat at her, "Hey lady, I'm fat not deaf. I have feelings ya know."
Allie tugged at the sleeve of his jacket.
"Come on, let's just get out of here."
She threw down the bag of chips and the box of donuts she'd just picked up and then nudged him towards the front of the store.
"We'll stop at that little place down from the house and get Gramma's snacks. I'd rather pay double there than subject you to shit like this."
He pulled away from her and hurriedly headed for the exit. People stared. They always did. At 6'1" and 375 pounds, he was three times her size. He wasn't unhealthy, he was just... large. He'd had lab tests run and blood work done, and every imaginable medical scrutiny you could imagine. There was no reason for it. Except as the last doctor had said, Noah liked to eat. And eat he did.
Allie was one of those people that most would call, "lucky". She had a high metabolism and burned up everything she ate seemingly as soon as she ate it. She could stuff herself on junk and although it made her feel like crap, she never gained an ounce.
Noah on the other hand, need only look at a donut and poof, five pounds would appear out of nowhere.

Allie had accepted him as he was from the moment they'd met, but her friends and family had been heartless and cruel. They called him Orca, even to his face. Needless to say, their time spent with anyone she knew had been cut to the bare minimum. She was in love with him, and as far as she was concerned, there was just more of him to love. As long as his health wasn't endangered, what was the problem?
Judgy people were the problem. Nosy people were the problem. Stupid people were the problem. And most of all, Noah's resultant lack of self esteem was the problem.
They rode home in silence. This wasn't the first time, and Allie knew it wouldn't be the last. Uneducated bullies. That's what they all were.

Allie pulled into the drive and shut off the car. She turned to Noah but he jumped out of the car, slammed the car door and rushed into the house. She followed him in and opened her mouth to kick in with her usual speech to try to make up for the ignorance of the general public.
"Noah, it's not you, they just..."
"Don't use the 'f word', " he interrupted her before she could finish.
"Why not? I don't think it's a bad thing."
"Because it's judgy that's why. It's.... shaming."
"Shaming? What the hell are you talking about? You own it. It's SEXY. You're sexy. It's you... it means you are being YOU and not caring what anyone else thinks."
He chuckled. "Because I like to eat?"
"Yeah," she nodded approvingly. "Because you like to eat." She laid her hand on his rounded cheek and caressed the smooth plumpness. He smiled and his dimples deepened. She loved to see him happy.
"You know, most people don't share your affection for..." he trailed off.
"Fat? Come on, it's not like that. You make it sound like it's some kind of fetish or something. I'm not attracted your weight... I love you. I love you for who you are and how you are. I want to see you happy. That is what makes you attractive to me. Not six pack abs, or rock hard bi-ceps. It's your smile. The way your eyes light up when you're eating a cheeseburger or chocolate ice cream. You know the real reason I love you, right?"
He nodded his head and looked away from her.
"Yeah, sure."
She kissed him on the cheek.
"I'm gonna go get a bath... soak off this day."
"You okay?"
He turned back to her and kissed her on the mouth.
"Yeah, I'll be just fine."

The next morning Allie was up early. She turned on the television and was shocked that the local news had pre-empted her usual national morning program. She turned it up as she grabbed a cup and filled it with coffee and cream. There was a missing woman, last seen yesterday afternoon at Tomlinson's Grocery on 5th & Main. That's where they had been. Then they showed the woman's picture. Allie dropped her coffee. It was a picture of the woman that had called Noah "lard-ass".
She jumped when she heard Noah laughing. He walked up behind her and put his arms around her waist and began kissing her on the neck.
"Now see, that is what I call Karma."
A cold chill swept through her, but she didn't pull away from him. No, absolutely not. He'd been with her the entire night. Except... he had taken Gramma her snacks after they'd gotten back. But he'd only been gone an hour. No. It was unthinkable. She shook her head. Not Noah.

Noah looked up at the picture on the television screen and smiled to himself. The old lady had clawed at him as he'd heaved her body over the side of the bridge into the icy water below.
He breathed a happy contented sigh and nodded his head. Every now and then he struck a blow for the fat guys.